Today was a crazy (but darn fun) day!  Lot of folks over, lots of cooking, lots of cleaning, and just a whole lot of "lots".  Our friend Amy was nice enough to bring over some lovely flowers today and I thought I just had to shoot them! (I mean the flowers, not Amy.  That'd be mean.  "Thanks! [BLAM!]

1) I had a lot of prep-stuff to do before folks arrived.  Supposedly having Magic cards littered about the entire kitchen/living room isn't considered "Decor".  Who knew?!

2) Theresa would have killed me.  "You are stopping to take pictures?!  I think not! [Stabby, Stab, Stabby]

So, perhaps next time when some of us (re: everyone else but me) isn't so stressed out I'll get some fun cooking photos.  I'm also going to do me weekly hindsight tomorrow, because its late and I am falling asleep while typing them (thank God for spell checkers!).

I hope everyone had a great weekend, you saw friends and family (aka: Framily), and basically took it easy. 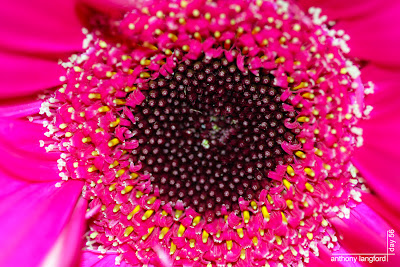 Posted by AntTree at 12:47 AM
Email ThisBlogThis!Share to TwitterShare to FacebookShare to Pinterest