Ah, yet another strange ornament to show off!  Today's ornament is just odd.  Its a very old (at least 20 years, perhaps even older!), hand-made bird.  Its made from little glass beads and sewing pins (I believe they are stuck into a pin-cushion of some sort).  It has no feet, so I'm guessing is supposed to be some sort of hummingbird (yes, I know hummingbirds have feet, but they are usually portrayed without them).  Course, it also has no wings, so I'm not sure what's really going on.  Either way, its my oldest and yet most loved ornament. 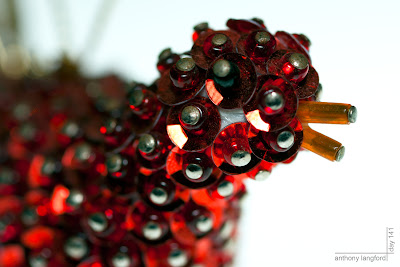 
For day 2 of sharing some of our Christmas decor, we have Squawkmas, our Christmas Parrot.  He's a small hand-painted parrot that we got back in 2001.  You'll start to notice that we really like animal ornaments (another bird tomorrow!)  We try to get at least 1-2 small ornaments each year, and we usually like strange animals (see yesterday's fish!). 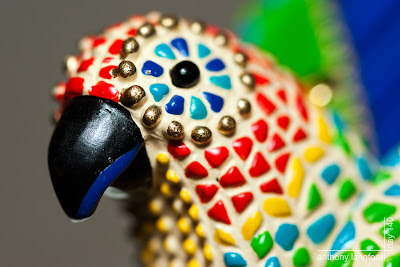 Posted by AntTree at 12:44 AM
Email ThisBlogThis!Share to TwitterShare to FacebookShare to Pinterest


This week I'm doing another "theme" week (not a Name That Thing - these photos will be easy to guess), mostly because its just the season for it.  This week, I'm showing off some of the Christmas Tree ornaments that we have.  Now, we have your standard "blinky lights", glass bulbs, and strange metal star like most folks, but we also have a few... unique items that I hope you'll enjoy!


This first one is named: Kissy Fish.  It was a gift that I received many years ago and seriously thought about giving away as a "white elephant" gift.  But after looking at it and laughing every time we saw it, we just knew we had to keep it. 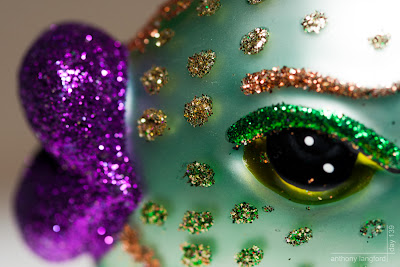 Posted by AntTree at 12:48 AM
Email ThisBlogThis!Share to TwitterShare to FacebookShare to Pinterest 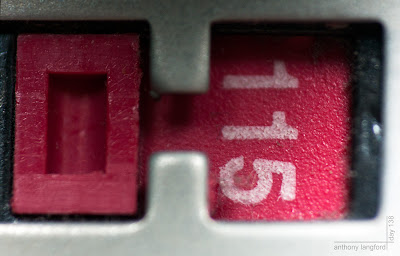 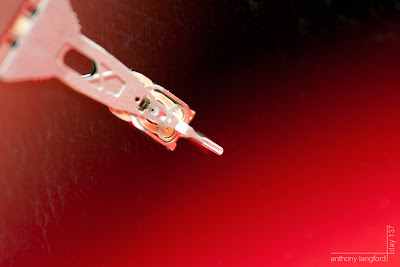 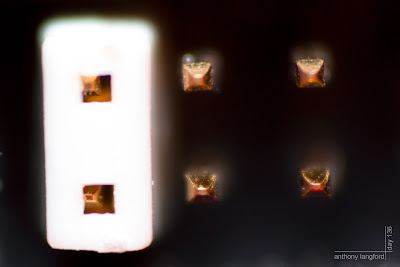 
Here we are already at Day 4 of Name That Thing 2!  Yesterday's photo got a lot of responses, but I guess the Geek Level is getting harder, because only one person got the answer dead-on.  There were a few folks who guessed in the 'ballpark', but weren't quite right.  Some of the more interesting answers include:


Alien Probe (of course)
Adapter (vague, and somewhat right, but still only worth 1/2 points)
Play-Doh Machine (amusing, but not really computer related)
Double set of extra eyes for WALL-E (not quite right, but 4 points for imagination!)
Saddest Harmonica in the World (no.  just no)

The correct answer for yesterday's Name That Thing 2, was: 4-Pin Molex Power Cable!  This is the cable that connects your power supply to all of the "things" in your computer - Hard Drive, DVD Drive, Fans, etc.

Today's photo is rated Geek Level 4!  I know it's scary and intimidating, but give it your best shot! 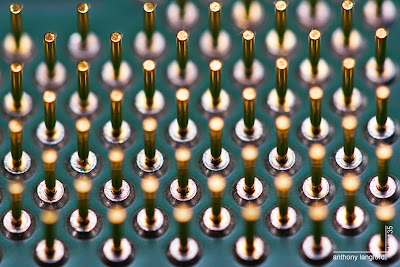 Posted by AntTree at 11:42 PM
Email ThisBlogThis!Share to TwitterShare to FacebookShare to Pinterest 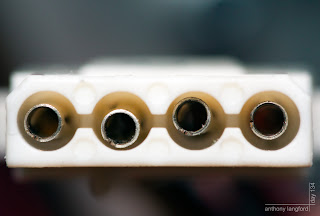