There are some pictures, that I really have no idea why I took them.  Perhaps I thought they would look interesting or have some sort of compositional element that would be fun to look at, but most of the time I think its just because I'm nuts.  I was taking some shots from the top of our building (18 stories high) and I looked down and saw the tennis court and though: "Hey, white lines!  Those are cool!" and shot away. Afterward, I downloaded the photos, looked at them and thought: "Well, that was just stupid.  Its just white lines."

After basically ignoring them for a while, I decided to come back to them and see if I could "play around" with just white lines and try and make them a bit more fun to look at.  Here is the end result! 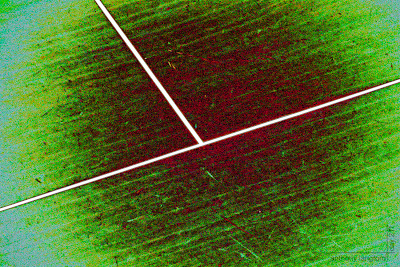 Posted by AntTree at 10:10 AM
Email ThisBlogThis!Share to TwitterShare to FacebookShare to Pinterest