Last weekend was Grand Prix San Jose - basically in my back yard - and it was a 4-day event!  I was very excited; I didn't need to worry about airfare as well as being able to spend 4 days hanging out with a lot of my friends playing games!  Normally Grand Prix events are only 3 days, and as much fun as I have playing games, I also really enjoy meeting and talking with all of the artist.  With 3 days, I know that many of the artist are going to be really busy and so I try and not take up too much of their time with chit-chat, particularly because it takes me a few minutes to explain the Real Magic Deck art project to them as well as show them the cards that I've already had completed.  Having that extra day gave my a great opportunity to spend some time talking with some awesome artist and engage with them on other aspects of art.

I was lucky enough to get to talk with Ken Meyers Jr., Mark Poole, Jason Felix and Chuck Lukacs (and got to meet John Severin Brassell and Kieran Yanner).  I want to mention that I have some absolutely awesome friends.  Many of my friends are scientist, engineers, teachers, actors, and other types of wicked-smart geniuses.  My IQ goes up 20 points just by osmosis hanging around them.  But I don't really have many friends who are artist (and I'm certainly not saying artist aren't wicked-smart geniuses, as the rest of this story will soon show).  This leads to much of my "artsy" discussions via the Internet and reading books.  So here I was presented with a chance to chat with many artist whom I've been a fan of for years, I was overjoyed.

Just a sample of some of the things I got to experience:

Learning many new painting techniques which created some beautiful abstract pictures (and that I am very much looking forward to trying).

Talking about the science of photography and how it has changed over the last 20 years (film to digital).

The art and styling of steampunk, gothic-punk (think "Blade Runner") and Pin-Up art, just to name a few.

How artist connect emotionally with viewers (be it positive or negative).

Many types of music discussion, including techno-swing!

And many more topics that just made my day (and entire event to be honest).

I was also greatly encouraged by all of the artist I meet about this project - one even commented that he enjoyed the idea so much that he might create an entire deck based on his art, and I mentioned that I would love to be his first customer!

As a bonus, during these conversations I realize my art project for next year!  I've already started the work spreadsheet and conceptual ideas.  More details on this later - I don't want to take away anything from these fabulous pieces! 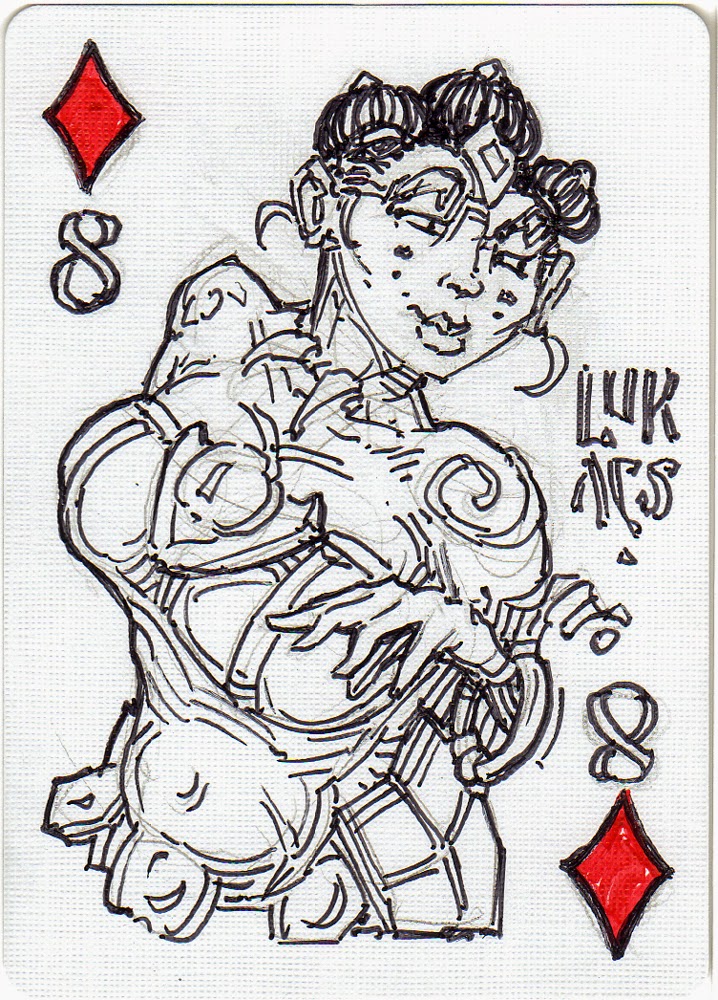 Incremental Blight as the 3 of Spades
By Chuck Lukacs 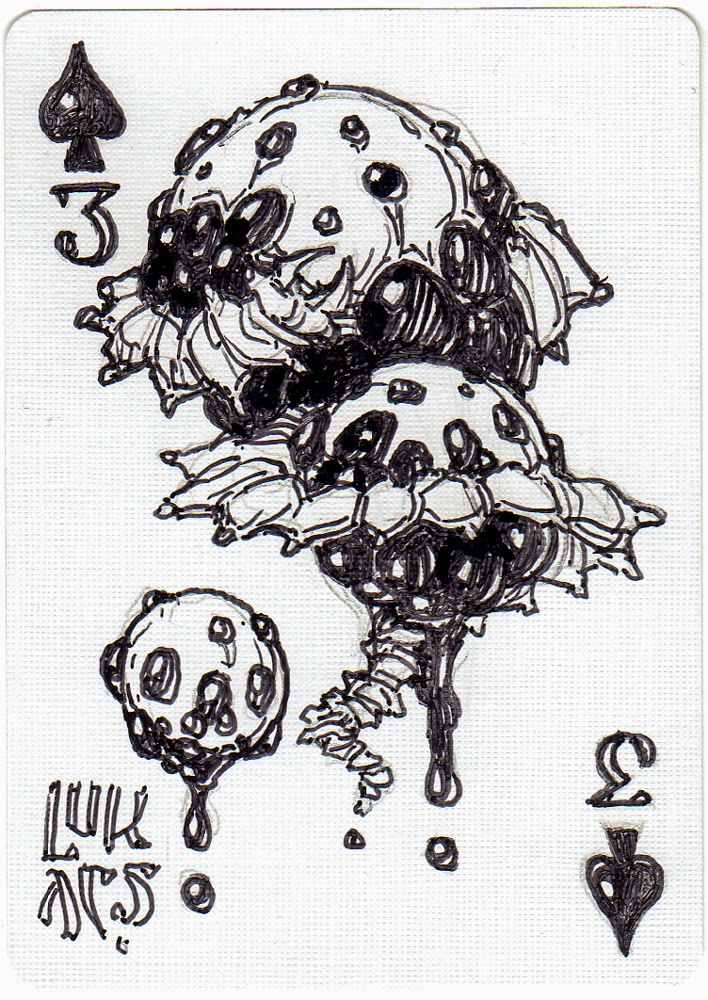 Ancestral Recall as the Joker (Diamonds)
By Mark Poole 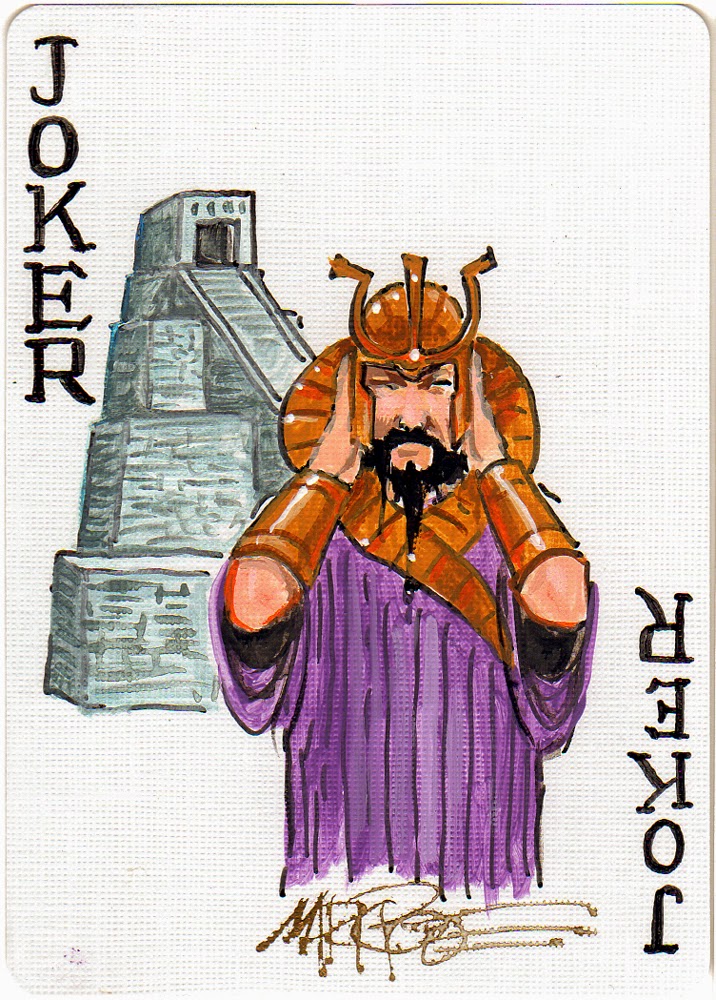 Birds of Paradise as the 8 of Clubs
By Mark Poole 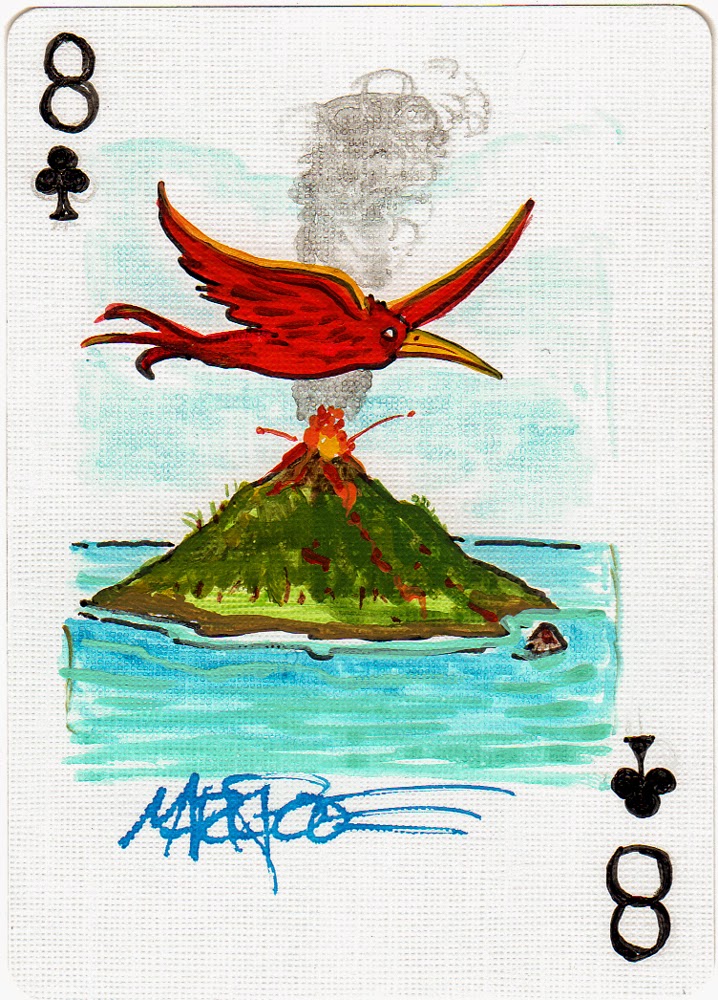 Guardian Beast as the 4 of Clubs
By Ken Meyer Jr. 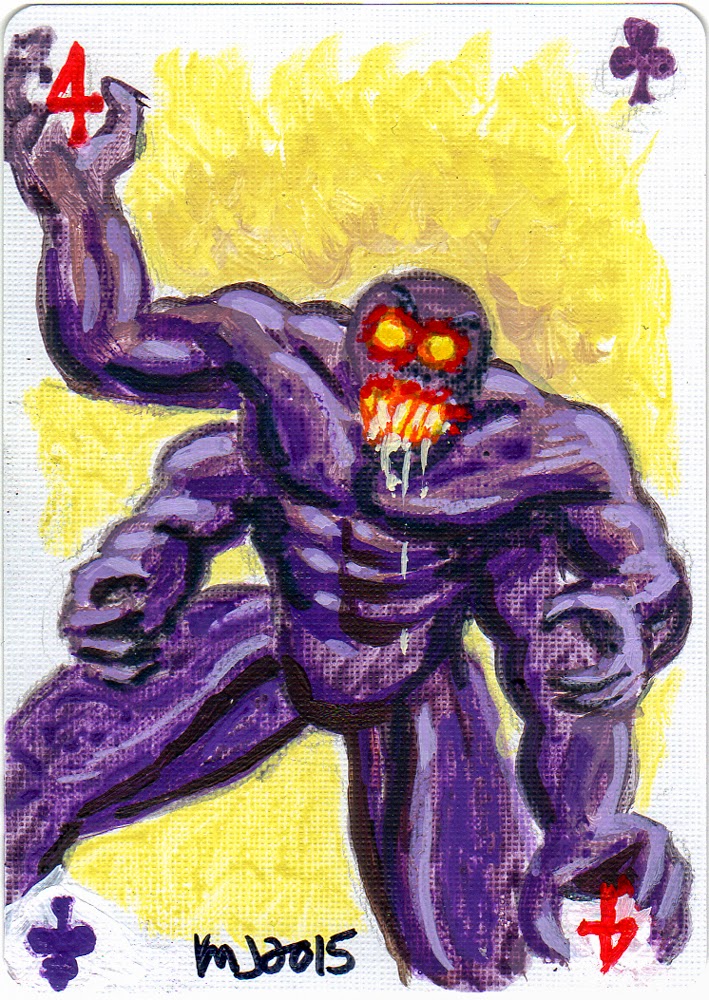 Kird Ape as the 2 of Diamonds
By Ken Meyer Jr. 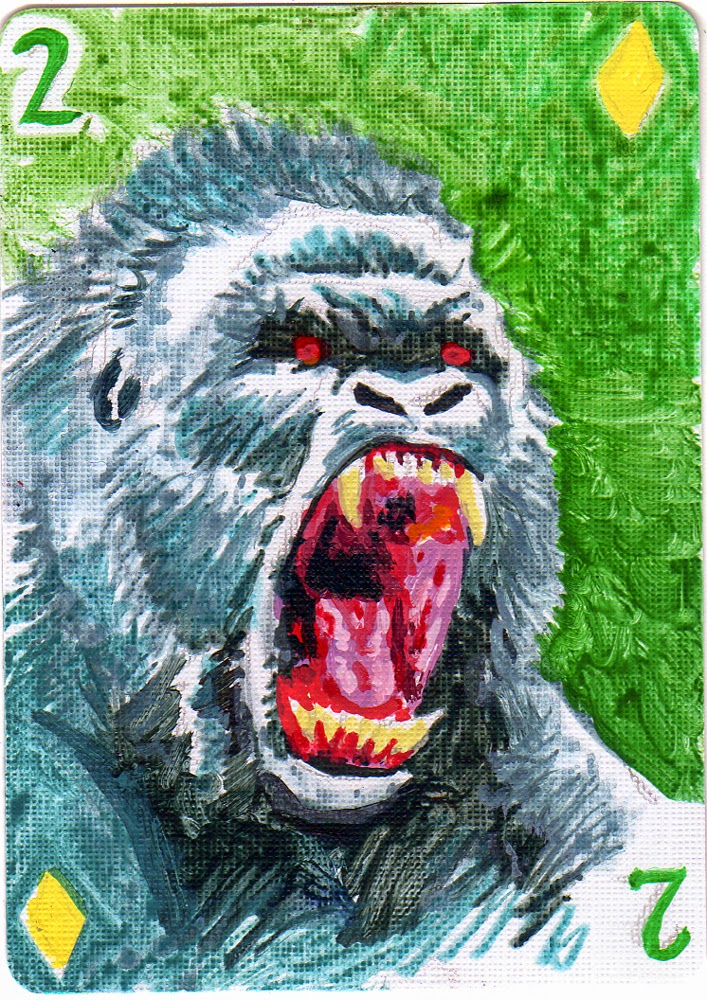 Ob Nixilis as the 6 of Spades
By Jason Felix 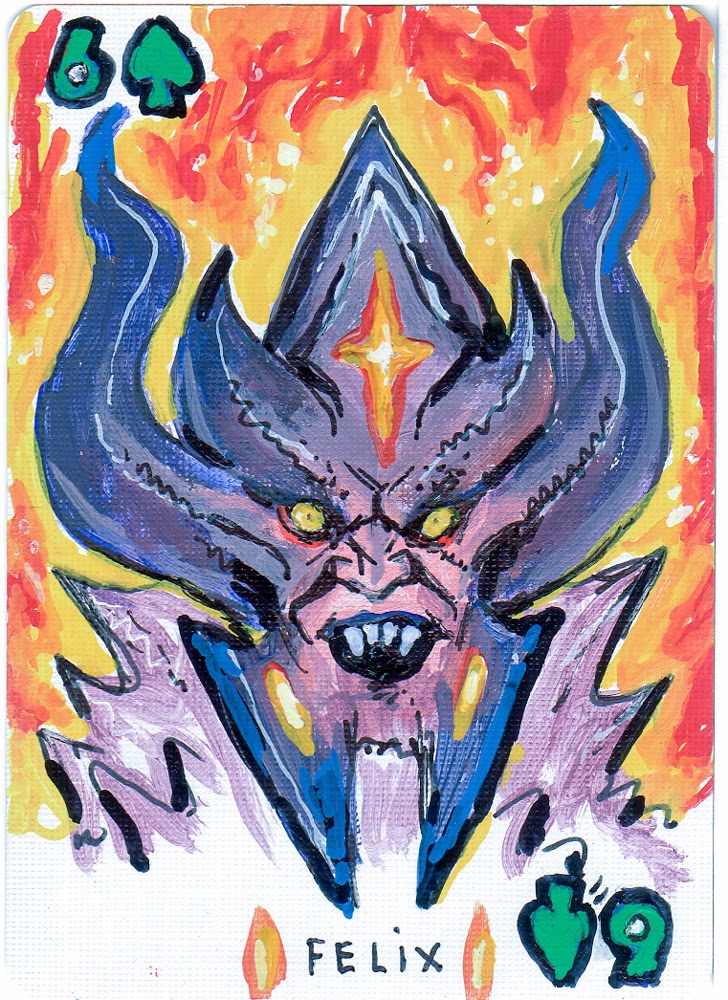 All is Dust as the 7 of Hearts
By Jason Felix 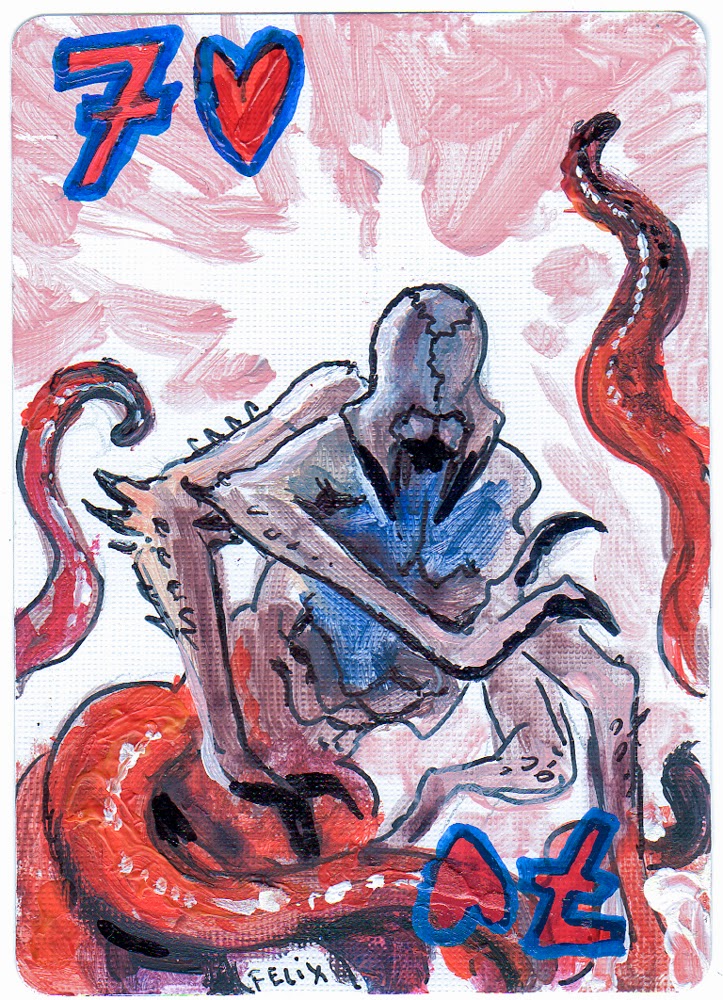 Valakut as the 6 of Diamonds
By Kieran Yanner 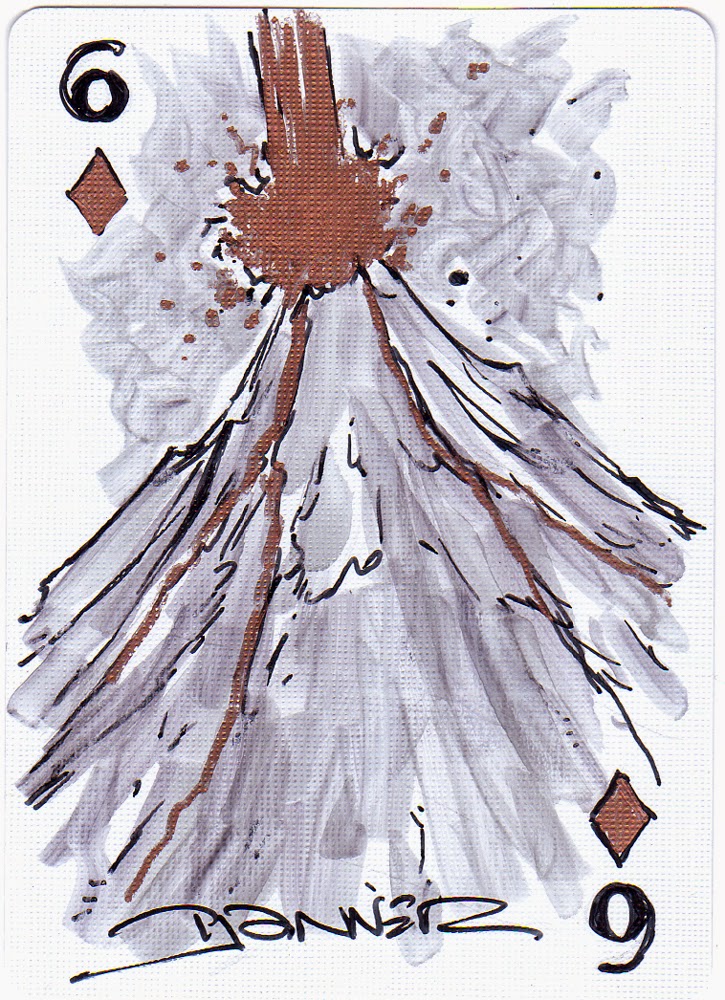 Summoning Trap as the 9 of Hearts
By Kieran Yanner 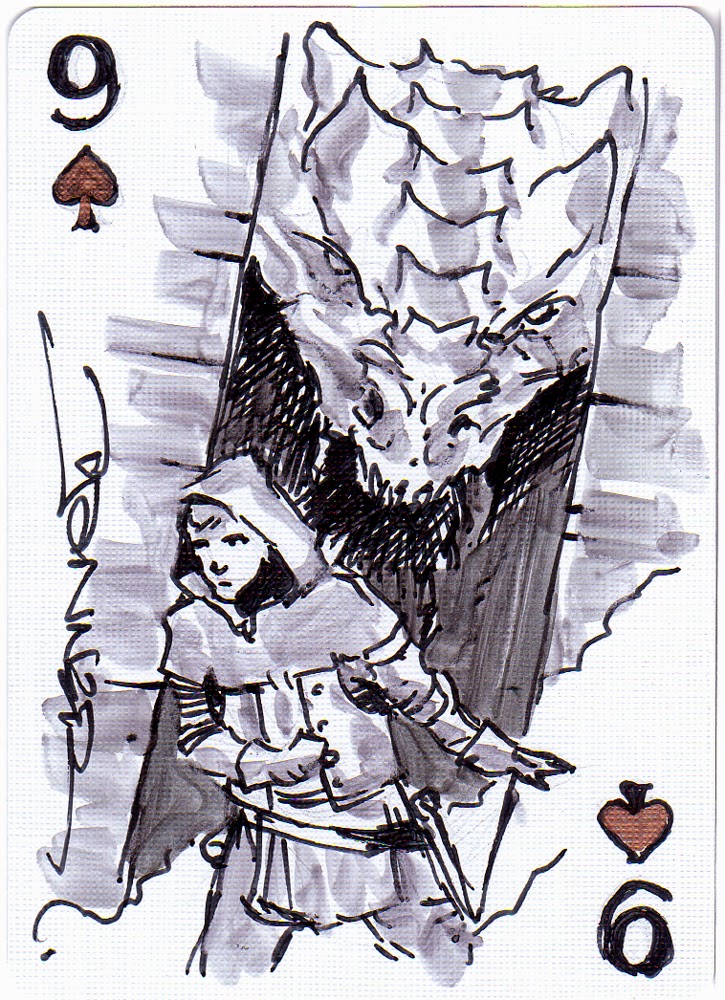 I have two more cards forthcoming from John Severin Brassell.  I was unable to connect with him until late afternoon on Sunday, so I knew it would be a situation that would require that they would be mailed, which I was fine with - I was just pleased that I got the chance to meet him.  As soon as the cards arrive I will be sure to post them here!
Posted by AntTree at 9:55 PM
Email ThisBlogThis!Share to TwitterShare to FacebookShare to Pinterest