The Continuing Hunt for Who

It has been quite a while since my last entry, but I'm glad to be back and share some of the awesome new pieces that I've picked up for my current art project, the Doctor Who Deck.

One sad note, one of the artist who has contributed a few times to my projects over the years recently passed away.  Mr. Christoper Rush, one of the most famous Magic: The Gathering artist, passed away in February.  Here is what I wrote on Facebook about it the day that I heard what had happened:

I was very bummed to hear today that an artist that I greatly admired and was lucky enough to have met 10 or so times passed away today. I am sure there will be many people who will write amazing and touching things about Mr. Christopher Rush, all of which I echo, but I just wanted to say a special "thank you" to him. He was one of the first artist that I met while playing Magic. Over the years, I was lucky to have gotten him to sign a few cards and I even got a few custom alters. Every time I had the chance to talk to him, he was ALWAYS happy and smiling.

One thing that bring a small smile while thinking about him right now, is that every Magic player, old and new, will forever marvel at his work - not just for the famed Black Lotus or Lightning Bolt - but because nearly every card ever made (or will be made) will have a little bit of Mr. Rush's hand on it. Christopher created the five mana symbols that are on nearly every card. So, the next time you play Magic, take a moment to look at those little pictures in the corner of the card and remember the man who created them (and so much more).

I feel honored that he was able to make a contribution to this project (Dalek as the Jack of Spades). I was also lucky enough to see him at the last Grand Prix he was at, GP Oakland.  He will be greatly missed.

Grand Prix Oakland was also the next step on my journey for this project.  I received some fantastic pieces during this GP, as well as having some really interesting interactions with some artist whom I had not met before.  One of the more unique aspects of commissioning pieces at this GP, compared to others, is that many of the artist were very receptive to completing the work after the GP and mailing me the finished art.  I think this is fantastic (as you'll see in the final works), because it gives them more time to work on the pieces and usually results in a much higher quality piece.  One of the compromises you have to make in this kind of situation is time, as in how long it may take them to get the pieces back to you!  I'm still waiting for a few commissions, but like with all great things, they take time!

Here are some of the pieces that I commissioned at the GP and have received:

Here are the pieces: 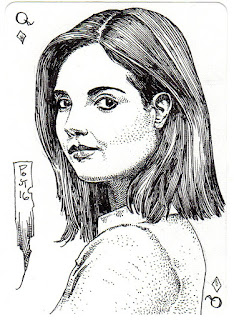 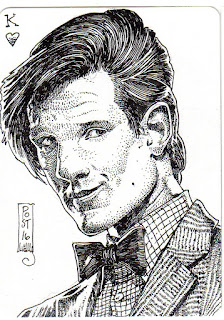 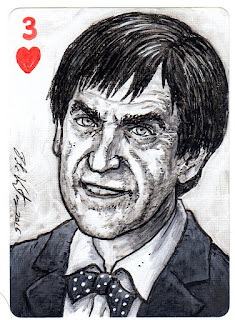 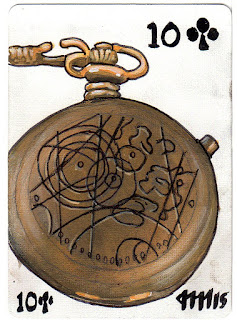 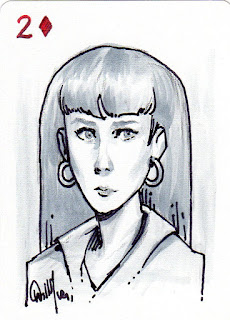 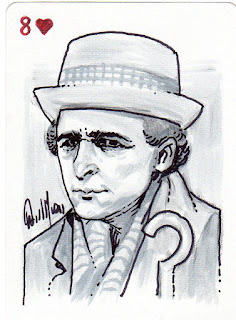 Posted by AntTree at 10:35 AM
Email ThisBlogThis!Share to TwitterShare to FacebookShare to Pinterest