After living on the 18th story for nearly a year-and-a-half, I decided in the last week before moving that I would try and photograph some of the wild deer that call the Albany Hills their home.  Normally you can hear the deer romping around but when you look for them, you can't see hide nor hair of them.  There is one spot in the hills that isn't as overgrown and the trees not so dense, so I decided to setup the camera aimed for that spot see what action would happen!

The first event that really surprised me was when two young bucks started "fighting" each other.  You heard this loud "crack" and they jousted each other with their antlers.  At first I thought they were really out to hurt each other, but after a few minutes, they just stopped and started eating and then just walked off (that's teenagers for ya!)

The second event, a few days later, was of a mom and her two babies.  They were just walking around, and the mother deer kept "attacking" the two kids with 'Deer Hugs' and trying to keep them in order (again, that's mothers for ya!)

And for those of you who don't like deer photos, I've included a special photo just for you at the end! 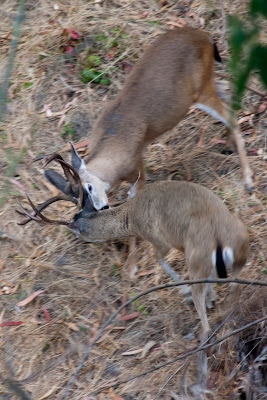 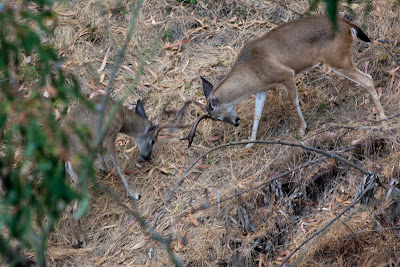 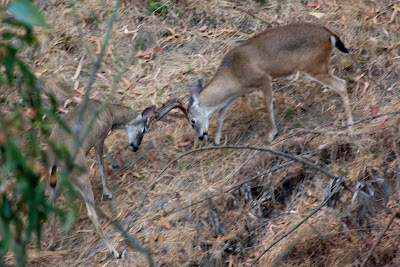 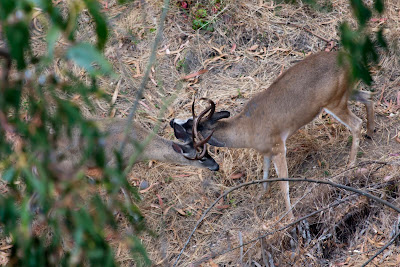 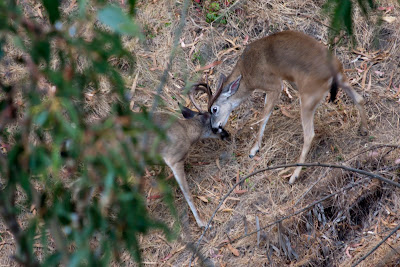 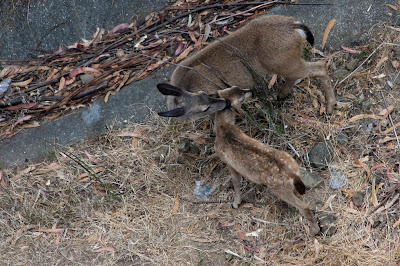 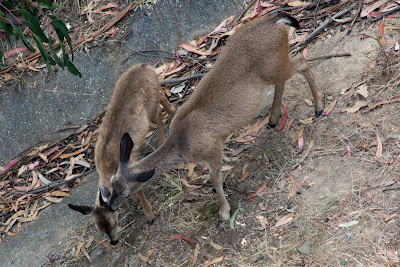 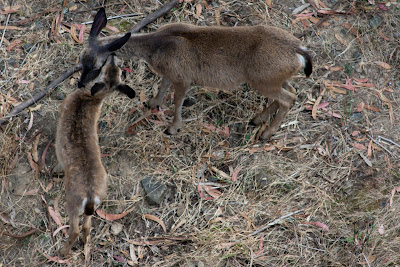 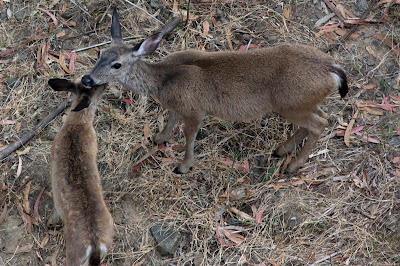 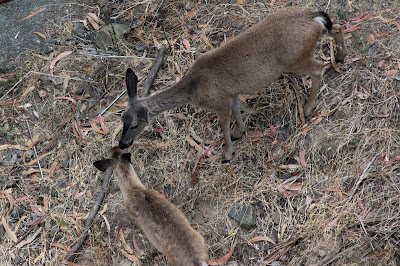 And if you don't like deer photos, I got one thing to say to ya... 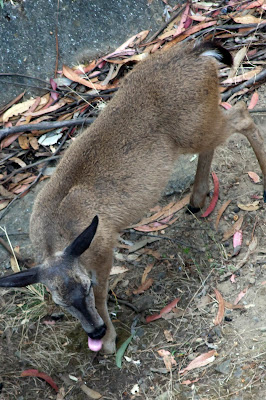 Posted by AntTree at 8:14 PM
Email ThisBlogThis!Share to TwitterShare to FacebookShare to Pinterest